When mentioning the term ‘Bodybuilding’ alone, many people already have an aversion to the oiled men with the unnatural looking muscle bundles.

And yes, the women who increasingly look like men are of course also part of that. 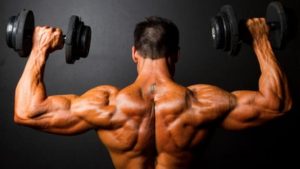 But let’s take a closer look at the deeper thought behind bodybuilding. Try to think about doping and the competitions for a while and then see what remains, lowering fat percentages and increasing muscle mass. In fact, it basically boils down to improving body composition.

This can be achieved through strength training in combination with a balanced diet. You don’t want to compete? Here are 3 reasons why you should start bodybuilding anyway.

Many people think that you get shorter muscles from strength training and especially bodybuilding, but is this really true?

It is true that stretching does not make a difference if you want longer tendons or muscles. And yet the idea behind stretching seems quite logical, you stretch a muscle and the muscle lengthens. However, the muscle length seems to remain exactly the same, despite the 2-minute increase in muscle length.

Most adjustments are therefore simply an increase in the pain threshold. In fact, most muscles don’t even reach the maximum length during activities.

In contrast to yoga, for example, heavy strength training provides longer muscles. The forces that the stretched muscles have to withstand when lifting a heavy weight are high. As a result, the structure of the muscle fibers will adapt and you will get longer muscles in return.

Bodybuilding is one of the safest sports in the world!

You might not expect this but it really is. Most game sports involve a lot of uncontrolled and explosive movements. The body also has to withstand many high impact moments, from a volleyball to a 100 kg rugby player.

Running, on the other hand, is much more controlled apart from the constantly repeated movements that the body has to resist.

Weightlifting and power lifting do not have much impact and are quite controlled, which means that the injury burden is also relatively low, but due to the heavy weights, a slip can have major consequences.

Bodybuilding, on the other hand, is a very controlled workout. It does not include maximum weights and much less repetitive movements compared to running. So if you want to look good on the beach and exercise safely, go body building!

I know it sounds quite contradictory, because bodybuilding has a reputation for not being functional, does it? The general idea behind bodybuilding is to change the body composition without really taking performance into account, how can this be functional?

Let’s take a look at it. An activity is functional if it improves performance in another activity. The leg extension is less functional than a strong squat that makes you jump and sprint better.

Performance is usually defined as the ability to deliver power over time. In sports such as Cross Fit, Olympic Weightlifting and Power lifting, the scores and physical performance are perfectly linked. The more weight you move, the better your score.

This is also reflected in other sports and activities, the more performance, the faster you sprint and the better you bump.

Even an older person who has trouble standing upright without shaking is a matter of insufficient strength and physical performance. Having a “bad balance” usually arises from a lack of strength. Increase muscle strength and the problem is solved.

Functional training must therefore be an activity that gives strength the right transfer in other activities. The ability to deliver power at all is roughly determined by 2 things.

The nervous system mainly gets better at performing the ‘functional’ movements and activities without really contributing to other movements.

6 Tips For A Healthy Brain 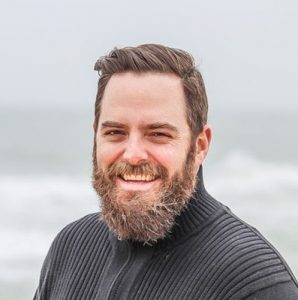